The Awakening Wood level is an area in Pikmin 2, the second in the game, and can be accessed after retrieving the Spherical Atlas from the Emergence Cave in the Valley of Repose. The area is spring-themed, with grassy terrain, cherry blossoms, and objects and features that might be found in a garden; the great number of Pellet Posies make it arguably the best place to land to produce Pikmin. These features, along with its layout, make the Awakening Wood very similar to The Forest of Hope from the original Pikmin game. Olimar also states that he explored this forest before in his journal entry for the Geographic Projection, but has now renamed it.

The region bears four caves, the Hole of Beasts, the White Flower Garden, the Bulblax Kingdom, and the Snagret Hole. The area also contains seven aboveground treasures, which sums up to 765 Pokos in the NTSC version of Pikmin 2 and 805 Pokos in the PAL version. It is also the location of the first Blue and White Pikmin in the game, both of which are required to reach further areas.

According to map: The landing site is to the southwest of the area. In the center is a pair of Burgeoning Spiderworts. To the north of the landing site is a small pool that can be crossed with bridges, and to the west is the Snagret Hole. Interestingly, this area corresponds with the area that the 3 Burrowing Snagrets are found in Pikmin. Finally, the Blue Onion may be found through an electric gate to the east.

Blue Pikmin are found in the Awakening Wood. They are located near the White Flower Garden behind an Electric Gate, which must be taken down by Yellow Pikmin. Once the fence is taken down, you can call 5 Blue Pikmin, and use five 1 pellets, one 5 pellet, and 3 Wogpoles to populate them from the get-go.

This is where the Armored Cannon Beetle resided in Pikmin.

After Day 10, there will be three 10 pellets (for each of the 3 primary color Pikmin) and one multicolor 20 pellet. 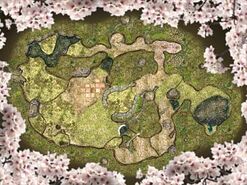 An overhead map of the area 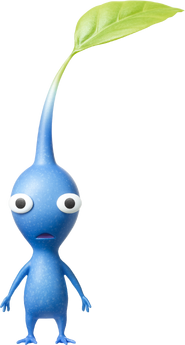 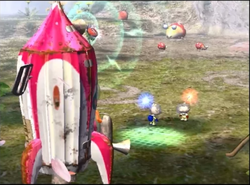 Oilman and Louie stand before the ship in the Awakening Wood (with the Sunseed Berry in the distance).
Add a photo to this gallery

Retrieved from "https://pikmin.fandom.com/wiki/Awakening_Wood?oldid=131822"
Community content is available under CC-BY-SA unless otherwise noted.