The movies could originally be downloaded on both the Wii U and 3DS. However, as of October 8th, 2020, the app has been delisted from both consoles' eShops, meaning it can no longer be downloaded. Instead, the movies were uploaded to Nintendo's official YouTube channels the same day.

This film opens with a Red Pikmin trying to chase what looks like a White Spectralid. During the chase the pikmin runs past a glass bottle with a marble inside, and stops to inspect it. The Pikmin then climbs into the bottle to get the marble, but instead falls into the bottom of the bottle, unable to get out. A Blue, Yellow, and Red Pikmin walking by find the bottle and see the stranded Red Pikmin, and begin laughing at its reflection through the glass.

This film features Olimar and three leaf Pikmin, a Red, a Yellow, and a Blue. The three Pikmin enter a room where Olimar is blending up some kind of liquid and then drinking it. the pikmin investigate closer, but they find out that Olimar has supposedly murdered and pureed a Red Pikmin. Upon this realization, the Pikmin begin to back away slowly while Olimar walks towards them. the pikmin push eachother in front of them where they are scared that they will be blended. after a while they back into what Olimar was truly blending; Pikpik carrots. the pikmin trip over on top of the carrots, and Olimar moves the pikmin aside to get the carrots.

Treasure in a Bottle

Later, the three Pikmin brainstorm various methods to rescue the stranded Pikmin. The Blue Pikmin was the first to think of an idea, and suggested that if they pour water into the bottle, the Red Pikmin will be able to swim out. The stranded Pikmin then disagrees due to lacking the ability to swim. The Yellow Pikmin was the next one to think of an idea. It brought a Bomb Rock to the bottle to blow it up, which didn't work either.

Then, while they were thinking, three Blue Pikmin and a Purple Pikmin attempt to catch the White Spectralid by hanging on to each other, inspiring the three brainstorming pikmin. They called for more Pikmin, and made tower a created of Pikmin. They were able to bring the stranded Pikmin out, but then stopped when they all saw the marble. The film ends with all the pikmin bringing both the bottle and the marble towards the ship, with the Red Pikmin sitting on top of it, like an emperor.

In this film, Olimar and an entire army of Pikmin are seen collecting various nuts, bolts, and other metal parts from an abandoned Excavator to convert into money for Hocotate Freight. Pikmin of the five varieties: Red, Yellow, Blue, White, and Purple are seen working together in their effort to provide as much material for Olimar as they can. Some of the Pikmin get into rather humorous situations, such as a White Pikmin being sent flying away from a seesaw by accident, some Yellow Pikmin being powered up by an electrical battery deep inside of the excavator, and another White Pikmin going overboard with its poisoning abilities.

At one point, a group of Red, Yellow and Blue Pikmin are seen exploring through some pipes to look for more parts for Olimar while they discover various references. Then, they are ambushed by a Fiery Blowhog. Luckily with the assistance of two Red Pikmin, the Blowhog is quickly incapacitated and swallows an enormous amount of mud, greatly weakening it. The other Pikmin then proceed to play in the mud without any fear of the Blowhog attacking them. While playing, a curious Yellow Pikmin discovers a shining object coming from inside a large tunnel. While collecting the object (revealed to be two bolts) the Yellow Pikmin accidentally awakens a grumpy Red Bulborb, which terrifies the other Pikmin as the Bulborb gives chase after them. A Red and Blue Pikmin managed to escape from the beast's nostrils when it caught them in its mouth, the other Pikmin temporarily hypnotized the Bulborb with a Five-man Napsack, and the Pikmin hid from the Bulborb inside of a wheel rim, but the hungry Bulborb managed to snatch the Pikmin out of hiding and continued to chase after them to eat them.

Eventually, Olimar notices the Bulborb trying to eat his Pikmin and he attempts to herd the endangered Pikmin to safety but with little success. The Bulborb managed to eat two of the Pikmin, and just as it corners the others in the excavator's shovel, the group of Yellow Pikmin who were charging off of the excavator's battery accidentally jump-start the engine to the excavator, sending everyone (including Olimar and the Bulborb) into a panic. Luckily as the engine also lifts up the excavator's shovel, the endangered Pikmin manage to bloom their flowers that act like parachutes, preventing them from falling to their deaths while the Bulborb falls to the ground and gets knocked out. In jump-starting the excavator however, all the spare parts Olimar and his Pikmin have salvaged from the Excavator also winds up deconstructing it and the excavator falls apart, crushing the Bulborb beneath it while Olimar and all the other Pikmin run to safety.

The Hocotate Ship that had been collecting the parts Olimar and the Pikmin have gathered scans the wreckage and estimates that all the spare parts to the excavator has raised up to one quadrillion and seven Pokos (1,000,000,000,000,007), which delights Olimar. At the end, the White Pikmin sent flying from the seesaw lands on the ground with the bolt it carried bumping against its head, enraging it. 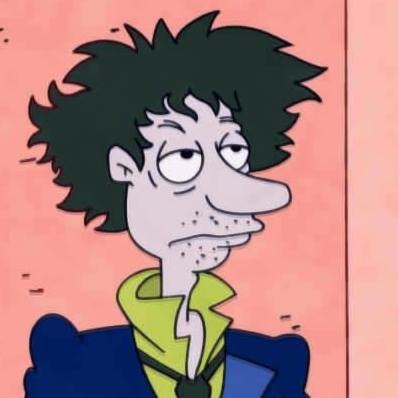 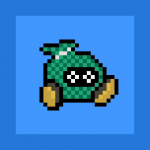 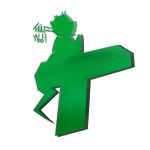 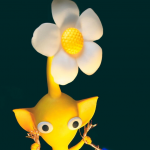